Paul Pogba’s rise to prominence has been phenomenal and it’s hard to think that he’s still only 23, particularly after his dazzling second Manchester United debut against Southampton.

He built a reputation at Juventus as one of the most promising young players in the world and captained France’s U-20 team at the 2013 World Cup, winning the Golden Ball before graduating to the senior side.

The midfielder was a key man this summer as Les Bleus reached the Euro 2016 final on home soil.

Goal’s Solace Chukwu has described him as “acutely unique” thanks to his “monstrous physical qualities” in terms of size, speed and strength. With the Frenchman yet to reach his peak, it’s tantalising to imagine just how good he will become.

In Oghenekaro Etebo, Nigeria have a player who is fast progressing the way Pogba did and, if pushed in the right direction, could become a global phenomenon.

The 20-year old forward gained attention after he finished as top scorer at the 2015 U-23 Africa Cup of Nations in Senegal with five goals and his four goals in the Dream Team VI’s emphatic 5-4 opening win over Japan at the ongoing Rio Olympics saw him become the first player since Bernd Nickel of then West Germany 44 years ago to bag four in one game at the global showpiece.

Etebo won the hearts of Nigerian faithful as he was seen as a key figure to the hopes of reliving the heroics of Atlanta ’96.

Disaster then struck in the final group game against Colombia as the Feirense forward got injured. Fear began to creep into the hearts of passionate Nigerians because the chances of the Dream Team VI scaling through against Denmark in the last eight was minimal, but Samson Siasia’s boys did a great job without Etebo by winning 2-0.

Etebo’s qualities cannot be underestimated, and he was badly missed as Nigeria crashed out in the semi-finals at the hands of Germany.

Aside from being a proven goal scorer, he is an excellent set-piece taker. He is fast, has good movement when on the ball, and is one of the most consistent youngsters the country has produced in recent years.

Goals are his strength.

He had a rapid rise at Warri Wolves and within a two-year period bagged 23 goals in 64 appearances for the Seasiders, an astonishing rate for a young player learning his trade.

Some might claim that the 20-year-old will just be another Nigerian that impressed at youth level and failed to build on from there, following in the footsteps of Macauley Chrisantus, who did well at the 2007 U-17 World Cup in South Korea but never made the step up.

That doesn’t look likely with Etebo.

The youngster is the most prolific scorer at U-23 level in Nigeria with 12 goals in 18 games and new Super Eagles technical adviser Gernot Rohr reportedly already has Etebo in his plans after being impressed with what he saw against Sweden.

He already has a handful of appearances under his belt with the senior side and, after winning the Most Promising Talent of the Year award in 2015, looks set for a bright future. 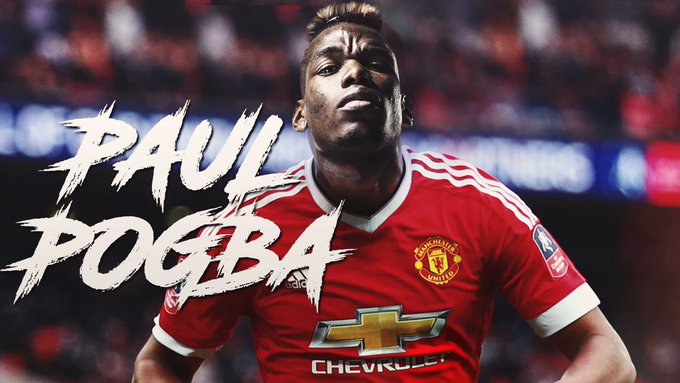 The rise to prominence of Pogba demonstrates how, with the right guidance and opportunities, a youngster can become a global superstar in the space of a few small years, and while Etebo is unlikely to become the world’s most priciest player, he can surely dream of making the grade at one of the world’s biggest sides.

Regardless, Etebo has proved in Rio that Nigeria have a future prospect that can make the country proud and could grow into a key man for the Super Eagles.